Why isn’t this a national story? — GetReligion 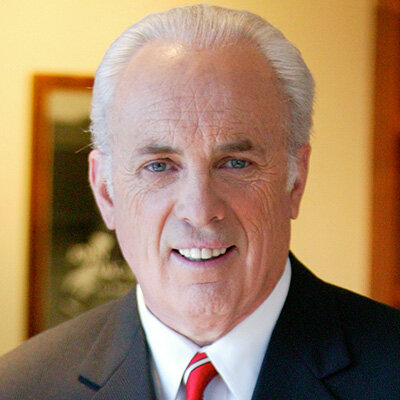 One of the more interesting church-state fights during this COVID-19 crisis has been one involving Grace Community Church in Sun Valley, a suburb of Los Angeles. John MacArthur, its 81-year-old revered pastor, has become an unlikely government foe during this time, as he’s refused to close down his church all along.

Readers may recall that I wrote about him a year ago when he told noted Southern Baptist Bible study leader Beth Moore to “go home.”

Yes, that guy. Coverage has been spotty at best, although this is not necessarily reporters’ fault. The church isn’t known for answering media calls. When I tried contacting them this past summer, I got the cold shoulder as well.

That said, a lot more reporting is needed on why California has the strictest restrictions in the country against indoor church services — to the point that even the Catholics are rebelling. In September, San Francisco Archbishop Salvatore Cordileone organized a “free the Mass” event involving three eucharistic processions that first went to city hall, then to the Cathedral of St. Mary of the Assumption where the archbishop held an outdoor Mass.

Indoor worship services are banned in California, a state of megachurches. You don’t have to be a religion expert to know that restriction wasn’t going to fly, especially when stores and other businesses had no similar restrictions. Outdoor rites? California may have more sunny weather than many other states, but it still gets cold there.

It’s been very confusing to figure out what’s going on with this church, as the story resembles a large elephant that appears differently depending on the observer. For instance, the Christian Post says that Grace Community had been released of all restrictions.

Public health officials in Los Angeles have lifted all outbreak-related requirements and restrictions on Grace Community Church, which were put in place last month after three cases connected to the California church were confirmed.

“We are glad to announce that we received a notice from the Los Angeles County Department of Public Health … saying that we have been cleared of COVID-19 outbreak,” the church says on its website.

L.A. County requires places of worship to report to the Public Health Department when there are at least three COVID-19 cases within a span of two weeks, after which the agency determines whether there is an outbreak.

“After a thorough investigation, Public Health officials have decided to rescind all outbreak-related requirements and restrictions on Grace Community Church,” the church, led by Pastor John MacArthur, said.

But the Los Angeles Daily News had a different take on that development, in a story filed late last week:

LOS ANGELES — A judge said Friday he will allow pretrial discovery and the calling of witnesses in a contempt hearing against Grace Community Church and its pastor for holding indoor services in alleged violation of a September court order issued over coronavirus concerns.

Los Angeles Superior Court Judge Mitchell L. Beckloff also set a Jan. 15 date for the contempt hearing, which will deal with whether fines should be levied on the Sun Valley church on Roscoe Boulevard and Pastor John MacArthur for continuing to allow Sunday worship in the church’s interior despite the judge’s issuance of a preliminary injunction on Sept. 10. Friday’s hearing dealt with the scope of the contempt hearing.

Later in the piece, here’s a delicious tidbit:

(Church attorney Charles S.) LiMandri said the pretrial discovery is necessary because church officials believe the county has displayed more “animus” toward churches with its coronavirus health orders than any entity other than gyms. He said tattoo parlors and nail salons have received greater consideration than have churches.

“You can’t pray to almighty God, but you can watch nude dancing,” LiMandri said.

In their court papers, church lawyers say they want to ask Davis to explain why he has not sought a temporary restraining order against any political protesters and why he sought an injunction against the church rather than solely issuing citations.

Nude dancers aside, that last sentence is really key.

As I was researching a Politico story on California worship leader Sean Feucht –- who has been holding ‘worship protests’ around the country stemming from California’s draconian laws –- I picked up a lot of anger and resentment felt by religious Californians who saw protestors being given a pass again and again.

Deepa Bharath at the Orange County Register brought up this point in an Oct. 20 piece on a closed-door (to the media) story about pastors talking strategy when it comes to defying the state.

(Pastor Marc) Ang said he had his own encounter with the Los Angeles Public Health Department over the weekend when the Walnut church where he is associate pastor hosted an outdoor Family Fair featuring a petting zoo, a blessing of the animals, a puppet show, food and other entertainment.

Ang and others at the gathering questioned health departments’ different treatment of church gatherings versus social justice protests and marches. He said while Los Angeles County public health officials objected to his church’s fair, they apparently had no problems with the Women’s March in Los Angeles, where hundreds marched from Pershing Square to LA City Hall.

The reporter got quotes from the health department, which said it sent a worker to Ang’s fair, only to hear that the worker was so badly treated, he had to leave the premises. Feelings are pretty intense in the Golden State.

Then for some perspective:

I expected more coverage from the largest paper in the region, The Los Angeles Times. But it has blown hot and cold on coverage and the editors seem to be concentrating on the obduracy of the elderly MacArthur.

“There is no pandemic.”

The words from the white-haired pastor echoed inside the cavernous megachurch in Los Angeles.

But the pastor, 81-year-old John MacArthur, had kept the doors open, delivering defiance from his pulpit every Sunday.

Coming up: The church has learned that if they call their meetings a “protest,” they get legal assembly rights.

County health inspectors had tried to enter the church in previous weeks but were blocked by security guards. “We do not consent to a search or visit,” a security guard told the inspectors, reading from a prepared statement in early August. “This is a Jesus Life Matters protest.”

If the inspectors had been allowed inside, they would have seen thousands of congregants sitting side by side, most without masks.

We learn later that the 7,000-member church has had five confirmed virus cases — which it doesn’t consider to be epidemic levels — which brings us back to the Christian Post story on the church being given a clean bill of health.

Notice that while the folks at Grace Community won’t return the Times’ phone calls, it accepts interview requests from Fox News. Feucht was the same way; when you can get on Fox, why bother with those pesky local print reporters?

This is where I wish I could get a magazine assignment to really give this debate the in-depth treatment it deserves. Where’s the New Yorker or The Atlantic when you need them?

While researching the Feucht piece in September, I interviewed Robert Tyler of Tyler and Bursch, one of several law firms litigating lawsuits on behalf of California churches against the state government and California Gov. Gavin Newsom. Just to help readers understand what hasn’t been covered, I’m going to include some of his quotes about California’s ultra-restrictive rules.

“The governor changes the rules of the game,” he told me. “He’s changed them four times. He opened things up for a short time in May, then tightened things back down again.

“Now, everything had shut down in March. He shut down all churches and schools and religious organizations. Most churches in the beginning said OK, for two weeks we’ll be shut down. But 30 days into it, they asked, how can we can sustain this? Many didn’t know anyone who had COVID-19. By mid-April, it was clear this pandemic, although real, was not of the severity it was made out to be.”

Meanwhile, “There is a huge deficit left emotionally for these people. We are the social support system for many people in these circumstances and we need to be there for them. A lot of these pastors were shaken by how many people in their congregations needed help.”

Have any of you seen stories on suicide rates and how those might be cut if houses of worship were allowed to function? I haven’t. Tyler also said it wasn’t only the Christians who were complaining. When Newsom ruled in early July that believers of any stripe weren’t even allowed to sing indoors, religious leaders pointed out that Newsom had issued no similar order to chanting and shouting BLM protestors.

This also raised alarm bells for Jewish clients for whom much of their services involve singing and chanting.

“Many synagogues are quietly meeting,” Tyler told me. “They are not wanting to file lawsuits, but more are coming to me saying they are reopening because of the high holidays. One rabbi told me today we may need you because we’re going to meet indoors even though it’s a violation of state rules.”

Again, another angle you don’t see much of unless it involves Orthodox Jews in New York.

Again, religious folks see a chasm between how they’re treated and how other protestors are treated. And in-person nude dancing is a form of protected cultural expression, as opposed to public worship?

Back in the first days of the BLM gatherings:

“Protestors were out on the streets en mass in Hollywood — about 10,000 of them — packed shoulder to shoulder and stomach to back and the governor came out and said, ‘I hear your rage. Do what you’re doing,’ ” Tyler told me. “Mayor (Eric) Garcetti from Los Angeles came out and took the knee with all those people without a mask. … If coronavirus was that deadly, why didn’t they tell those people to go home?”

So many angles, but not even a handful of reporters are on this church-state story.

The above points were just tidbits I picked up during an hour-long conversation. If you spent a few days on this topic, there’s a pile of stories out there to do. I’m looking at you, Rolling Stone. From your San Francisco base, you could do a lot more on this topic rather than one poorly written piece accusing Feucht of being a “superspreader” without providing any proof that his protest concerts did so.

This story isn’t going away. I sure hope that someone from the so-called prestige media will look beyond the New York-Washington Acela zone to realize the country’s largest state — home to Vice President-elect Kamala Harris — is Ground Zero in this debate and that these issues deserve serious coverage.

Cartoon: It ain’t over

The Chicago Bears and Green Bay Packers will face each other Sunday for the 201st time since 1921: Here’s how the series has unfolded each decade

Honduras ex-President Zelaya stopped at airport with bag of money