Steve McQueen has a simple answer when asked what originally sparked the idea for his five-part anthology Small Axe, which premieres with its first film, Mangrove, on Amazon Prime Video on November 20. “A want and a necessity and a need,” the director says, speaking over Zoom from London a few days after the U.S. election. “That’s what sparked it.”

McQueen first conceived of the idea of telling various stories about the West Indian community in London over a decade ago after making his debut film Hunger. He initially imagined it as a TV series, but over the years the director realized these five stories, set in the ‘60s, ‘70s and ‘80s, would best be told as a collective of films.

AP Interview: Sergiño Dest says ‘it is my time’ at Barcelona

“I needed to have some distance from it to have some maturity and be able to recognize it and understand it,” McQueen explains of the long delay between the idea and actually getting the anthology produced. “It’s about my upbringing and my life and what shaped me. What gave me some kind of impression of the world. At the time I didn’t have the strength to see certain things. I didn’t have the distance. It took 11 years.” 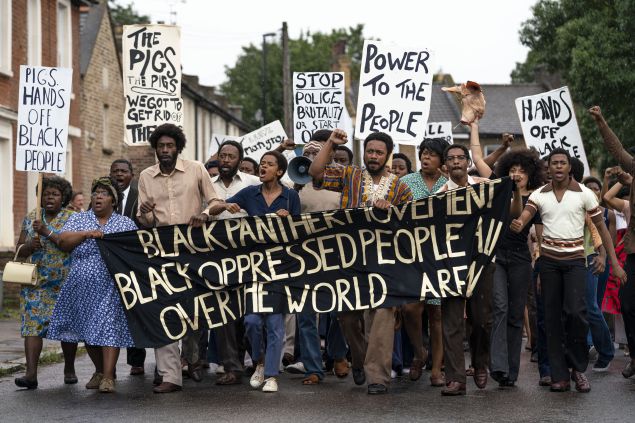 Mangrove, a moving and timely film about the true story of nine Black people who were taken to trial for inciting a riot after staging a peaceful protest against London police in 1968, was always essential for McQueen to include. He co-wrote the script for the film with Alastair Siddons, using extensive historical research, and wanted to bring a lesser-known moment in British history to life. His second idea was Lovers Rock, a buoyant, joyful tale of a West London house party in the 1980s, which McQueen co-wrote with novelist and playwright Courttia Newland. These collaborations emerged out of a writer’s room the director staged for the series several years ago, a process that also generated one of the five stories told in Small Axe.

“In that room also was a man called Alex Wheatle, who became an amazing person to go to for information about that time,” McQueen notes of the British novelist, who was imprisoned after the 1981 Brixton riots. “We ended up making a film about his life because it was so fascinating.”

While Lovers Rock is a fictionalized version of the real-life house parties held in the West Indian community, the other four films are true, including Red, White and Blue, which stars John Boyega as former Metropolitan Police superintendent Leroy Logan. 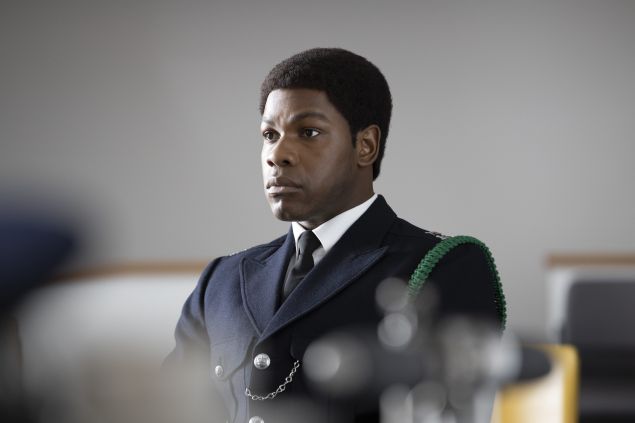 McQueen calls the series an “amalgamation” that is “still moving” and feels that each entry is essential for shedding light on pieces of history that have largely been kept in the dark. None of the real-world history in Small Axe is taught in British schools, and McQueen himself didn’t know about most of these stories until about 15 years ago.

“My father’s friend was a guy called Rhodan Gordon, who was one of the Mangrove Nine,” the director says. “People were dealing with PTSD. People were dealing with the after effects of that trial in many ways. And the police harassment. Police were constantly harassing them. It was known about, in parts, and the results were obviously celebrated. But a lot of people didn’t know about it, especially in the broad public, because people were still under some kind of a threat, to be honest.” 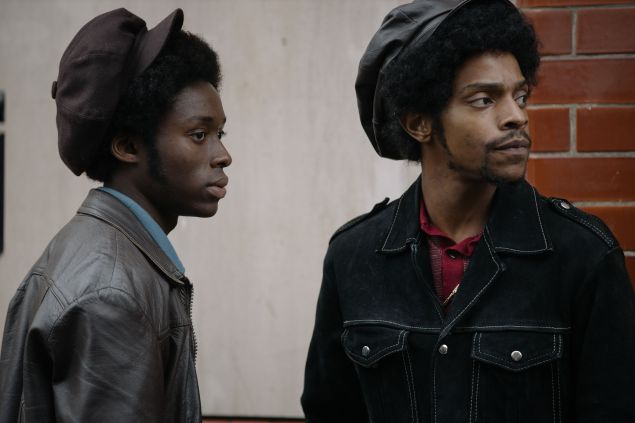 It’s not necessarily purposeful that the events in Mangrove mirror many of the events in 2020. McQueen dedicated the film to George Floyd earlier this year, and he’s aware of the parallels between what happened in 1968 and what is still happening today, both in the U.K. and the U.S. For McQueen, these films aren’t just about what’s already occurred. They’re a way of foreshadowing what should come next. 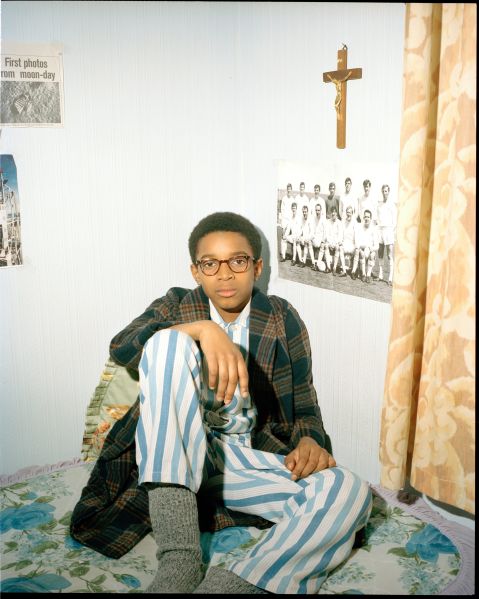 The five films, which were largely shot last year and finished this summer, reflect on both the tragedies and joys of the Black community in London. They’re not just about the wrongs done to the community by a police force consumed with systemic racism, but also about the music and the celebration of a group of people who have been overlooked by the history books. The song cues in all of the five films feel purposeful and memorable, especially in Lovers Rock, and it’s not a coincidence that characters express themselves through dancing in each movie. 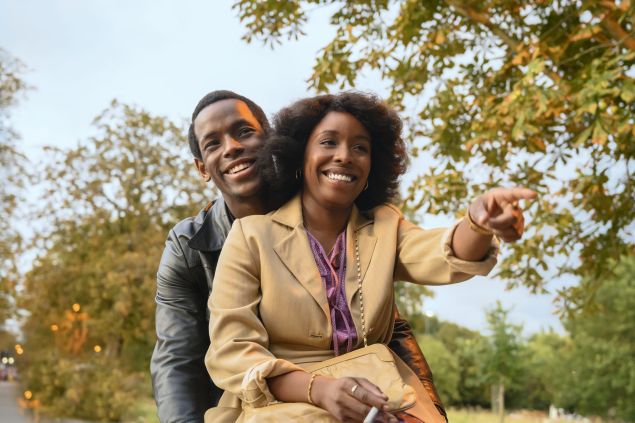 McQueen, who admits he was worried someone might pull the plug on the project even while he was making it, says he’s never concerned himself with what Hollywood wants. His 2013 movie 12 Years a Slave won Best Picture at the Oscars, making McQueen the first Black filmmaker to win that coveted award, and his critically acclaimed crime thriller Widows made the most of a very Hollywood cast. He made Small Axe, which features a primarily Black cast, through the British film system and he’s done thinking that he needs permission from a big studio to create a certain project.

“I do what I want to do,” the director asserts. “I’m not being allowed to do anything—let’s get that straight. No one is telling me what to do. We’re going to do what we’re going to do. That’s why this series is called Small Axe, because I’m not going to wait for anyone to allow me to do anything.”

That sentiment plays into why Small Axe is arriving via Amazon Prime Video in the U.S. (it’s also begun premiering on the BBC in the U.K.) rather than in theaters. Unlike many films that have pivoted to streaming this year thanks to the pandemic, Small Axe was always intended to be delivered to viewers in their own homes.

“It was originally meant to premiere on the BBC because for me these are national stories, and that’s our national broadcaster,” he explains. “It’s about the accessibility, isn’t it? It’s about everybody having the opportunity to access these stories. We were very fortunate that right from the beginning we were given a selection for Cannes and New York Film Festival and London Film Festival and Rome. We were very fortunate to have the best of both worlds.”

McQueen has already moved on to his next project, The Occupied City, documentary about Amsterdam under Nazi occupation during World War II, which was written by his wife, Dutch writer and historian Bianca Stigter. But he isn’t leaving Small Axe behind quite yet.

“These things are not just bracketed by time or space,” McQueen says. “This is my life. The Occupied City is part of the narrative for me. Nothing is within a bracket for me. I could talk about Hunger or Shame or 12 Years—these are all a part of a certain kind of position I stand for. As an artist, it’s freedom. It’s looking for some sort of understanding and having to work through it. That’s why I had to go backwards to go forwards. It’s a process, as in all things. As you are as a human being and as you are as an artist.” 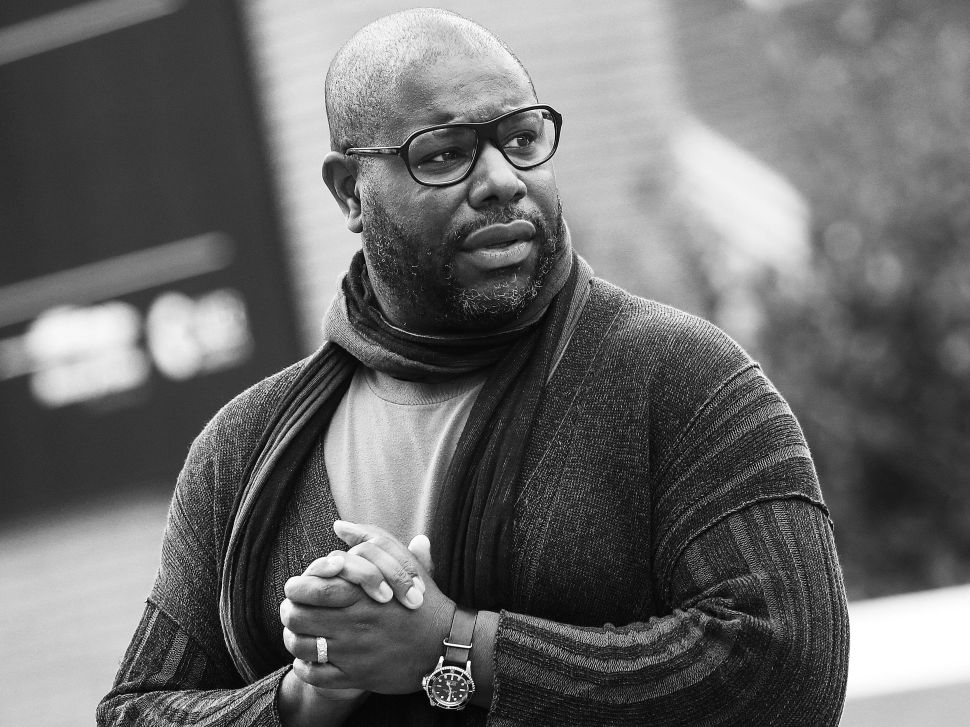 Romney Dismissive Of Trump Fraud Claims: ‘Biden Will Become The Next President’

AP Interview: Sergiño Dest says ‘it is my time’ at Barcelona

The Cyber House Party is planning for a different festive season